“There aren’t any fence posts!” a child burst out. Second graders at my school were taking the California Standards Test in Mathematics. One
problem, presumably testing their ability to multiply, showed a pointed piece of wood and said it was a fence post so many inches wide. In a second picture a number of these boards were placed side by side and students were asked to calculate the width of a fence containing that many fence posts. As the child realized, there were no “posts.” The picture showed slats or
pickets.

For many reasons, students’ scores on these tests may not reflect their actual knowledge of the subjects tested. The following observations are based primarily on the form of the test questions. The math questions are read aloud twice. They are not written. There are various visual clues that help more with some problems than with others. But children who like to
read and identify the key words are not empowered by this test.

In a typical question, children are shown a group of objects, some of which are shaded. They are asked what fraction of the group is shaded. For children who have some understanding of fractions, these questions are not hard. But in one problem which looks the same, the examiner asks what fraction of the group is white. Perhaps this problem is not intended to
trick students who understand fractions into giving a wrong answer, but it seemed that way to me. Remember, the questions are not written. Students must listen closely to the examiner, or they may simply choose an answer based on the visual clues.

Again this year, students were tested on their knowledge of U.S. money. In one problem, the pennies were one centimeter in diameter and the dimes even smaller. Students were asked, “How much money is this?” Before they could add the value of the coins they had to recognize their tiny pictures, imposing a difficulty that is not part of the academic content standards. There was plenty of room on the page to make the coins life size.

Unlike a criterion-referenced test, which is intended to assess whether students have mastered a particular concept, many items on the California Standards Tests seem intended to trick students into giving a wrong answer even when they understand the concept being assessed. For example, to determine whether students could read a tally chart, they were given an
illustration showing twelve animals (three different kinds, placed randomly in the picture). Each of the charts showed the numbers of two animals correctly. Their job was to identify the chart that showed correct numbers
of each animal. The job was complicated by the fact that the half inch tall illustrations, all in shades of gray, might be difficult to distinguish.

In another example typical of standardized tests, students were asked to subtract a two-digit number from a three-digit number, with regrouping. The first answer given was the sum of the two numbers, increasing the likelihood that some students would add rather than subtract.

On the other hand, a question that was apparently supposed to measure understanding of multiplication was too easy. The picture showed four sets of three objects; students simply had to count.

In contrast to the mathematics tests, students had to read the directions for themselves for each question on the California Standards Test of English language arts. In some cases the reading level of the directions may have been significantly above second grade. Thus students who had mastered the concept may have missed the opportunity to demonstrate their knowledge because they could not read the directions.

For example, second grade students had to read “Which word from the passage is divided correctly into syllables?” and then choose the correct answer.

Even students who could decode each word in the following sentence might have had trouble with the stilted language: “Which underlined word from the sentence in the box is incorrectly capitalized?””

Surely the wording of the following question could have been improved. “Which of the underlined words are verbs?” seems like a pretty
straightforward question until you notice that three of the four multiple choice answers contain at least one verb. The third choice contains two verbs and a preposition. The fourth choice contains three verbs. Presumably
that is the correct answer, although really it answers the question “In which of the following sets are all the underlined words verbs?”

Second grade students had to read a 300-word passage entitled, “Dolores Huerta.” Some students experienced difficulty applying the rules of English phonics to the last name of the title character. Any students who were
familiar with Dolores and her life work might have been surprised that the story does not mention Cesar Chavez or the farm workers union. I was surprised at the conclusion, “She has shown how much one person can change things.” because surely Dolores Huerta has shown how much one person – working with others – can change things.

Which one do you suppose the military wants?

From the practice test.

The old codger was renowned for his liberal political views. What is the closest meaning to “liberal”?

I remember studying this in 8th grade.

5.
Which part of the government of the United States is responsible for passing laws?

It seems necessary to identify this as humor because truth (real tests) is often more outlandish.]

TOKYO, April 5 The Education Ministry on Tuesday approved a controversial new series of school textbooks that critics say whitewash Japan’s militaristic past  Some schoolbook publishers and government officials have argued that it is time to remove “self-deprecating” historical references. The Washington Post

b.) Admiral William Bligh, of HMS Bounty fame, died in 1817, regretting that he never had the opportunity to visit Japan.

c.) Charles Brooks Jr. became the first American to be executed by lethal injection, in Texas, in 1982.

d.) U.S. Secretary of State Cordell Hull flouted diplomatic protocol by speaking in a rude and disrespectful manner to Japanese imperial ambassadors in Washington, in 1941.

a.) Pamplona, Spain, to warn runners that a female bull is approaching.

b.) Ascot, England, to compliment ladies on their hats.

d.) Japanese baseball games when Toshimura Tora (No. 39) steps up to bat.

3. Which of the following statements most accurately describes America’s President Franklin Roosevelt?

a.) A fanatical, Supreme Court packing bigot intent on ending the Depression by fomenting war with Japan.

b.) A philandering, wheelchair-bound, stamp-collecting tyrant.

c.) Invited Imperial Japanese Navy to participate in a “friendship mission” by flying over Hawaii, and then perfidiously ordered U.S. Navy to open fire.

a.) To bring oboe and clarinet concerti to remote areas of the Pacific.

b.) To entertain the emperor and his court with works by the French fin-de-si cle performance artist Le Petomane.

c.) To win the America’s Cup for Japan, despite the New York Yacht Club’s disqualifying Japan’s boat for allegedly concealing a Kaiten-type “human torpedo” in its keel.

d.) Parts of all of the above.

5. Historians agree that Japan’s doctrine of “pre-emption” in Hawaii was directly responsible for:

a.) The long-overdue emergence of America as a benign hegemon.

b.) The development of nuclear power as a promising new energy source.

c.) The story line of the award-winning Snow Falling on Cedars.

d.) The drafting of Hideki Matsui by the New York Yankees.

6. The term “comfort women” refers to:

a.) 200,000 Chinese and Korean females invited to Japan between 1939 and 1945, as honored guests with all expenses paid, for the purpose of experiencing Japanese culture and customs and promoting friendship and understanding.

b.) Prostitutes in the southern United States.

a.) A Seattle grunge band.

8. What took place at Los Alamos?

a.) A handful of Americans briefly held off the entire Mexican Army.

b.) American scientists unearthed prehistoric winged monsters with which to attack an unsuspecting Japan.

d.) “Good” American Robert Oppenheimer was overcome with remorse after unleashing supernatural evil and was persecuted by the U.S. government for the rest of his life.

b.) Joan of Arc : Joan Collins

The correct answer was a). That the word relocated in a question could possibly be paired with an answer that has freedom in it is astonishing.

Here are some other possible answers:

f) reacting to the frontiersmen hatred of Indians

Take a look at some some other questions. (PDF file) ]

a) making the land available for white miners and farmers

b) allowing the Cherokee their freedom from US control

c) obeying the Supreme Court’s order to move the Cherokee

d) creating a wilderness area for use by white fur trappers

3 Cheers for the World of Opportunity!

The World of Opportunity (WOO) opened its doors after the Birmingham City Schools pushed out 522 students in an apparent attempt to raise test scores. Steve Orel, WOO Coordinator, told the story at Interversity’s first online conference, Roots of Resistance, in September, 2000. His account, 522 students pushed out of school in Birmingham, Alabama, tells how his objections to the district’s actions cost him his job and how the WOO was born.

The WOO is a social justice and civil rights experiment which works at teaching the whole person. This means addressing hunger, homelessness, and domestic violence as well as academic needs. Over the past two years the WOO has worked with hundreds of pushed out students. Nine have passed the GED exam and others are about to take the exam. More than 100 students have used the WOO’s training in computers, Health Care, and drafting to obtain jobs.

Ohanian Comment: The hometown newspaper that has studiously ignored the WOO finally pays tribute to accomplishment. On July 29, The WOO held its 2006 GED Graduation & Student Achievement Ceremony at the Birmingham Civil Rights Institute.

We offer congratulations to the GED graduates and the National Adult Education Honor Society Inductees.

And what can we say about Steve except that he is a shining example of someone who does not quit but continues to work for what is right. He is bolstered by a loving family who help him keep on keeping on.

The rest of the story…

You can help keep WOO going! Send checks to:

The system in Birmingham has turned its back on young people. In challenging circumstances, the World of Opportunity offers hand, heart, and hard work. We can do our part by sending whatever money we can spare, providing this experiment in social justice and civil rights the support the system withholds. If you believe in students, and if you believe education should be about learning rather than testing, and if you believe that courage must be nurtured, give.

Help the students of the World of Opportunity keep alive an extraordinary effort.

Research shows that memorizing vocabulary lists is a very inefficient, dispiriting way to acquire vocabulary. What children need is to encounter interesting words in their reading. To that end, here is a word story for every day of the year. Adults wanting more information about vocabulary development (and to offer support for this site) may take a look at The Great Word Catalogue: FUNdamental Activities for Building Vocabulary 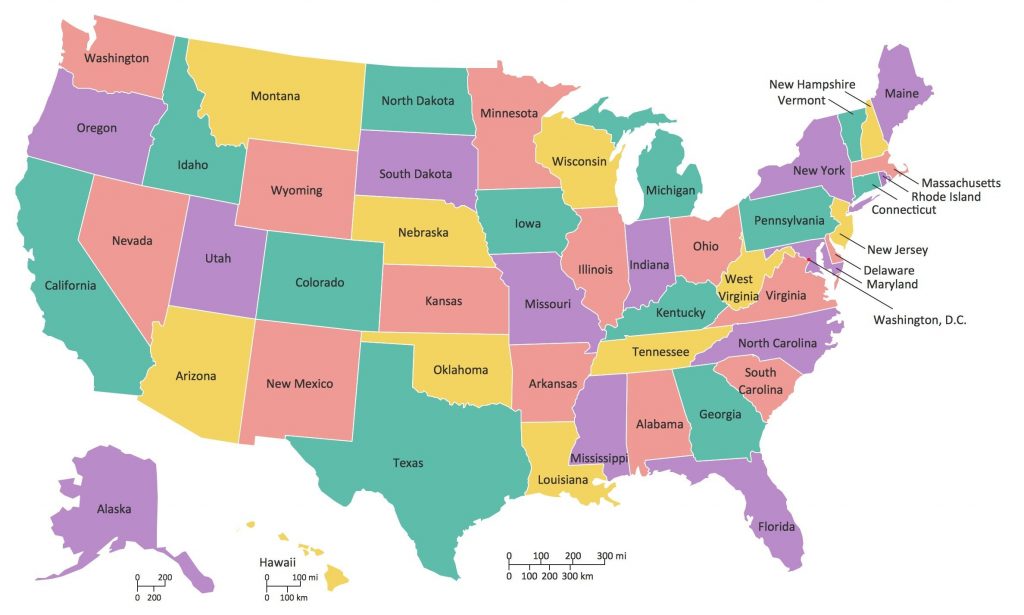